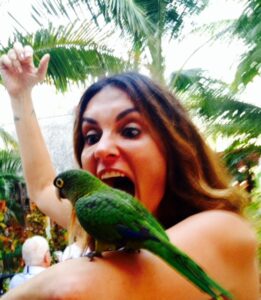 but then he never asked me out again. Then out of the blue, he messaged me and asked if I wanted to go to the beach. I said yes and it was great. He ended up holding my hand and then we cuddled. A few days later I texted him and he never responded. I’m confused and so hurt. I feel dumb for liking him and thinking he liked me.🙁 Anyway, I’m pretty sad about this and I want to know how to get over him or just hear your thoughts. You really do give great advice! Thanks 🙂

Oh, Maureen, we’ve all been there. The situation sucks so feeling sucky is an appropriate reaction. But do not feel “dumb”. It’s not your fault. His behavior was so simple it was confusing. You see, simple is not a language we girls speak well. To prove it, I’m going to explain using an analogy instead of being straightforward.

Boys are like calculators and girls are like smartphones. Our internal processors are completely different. So for starters, don’t assume this guy thinks like you do. He doesn’t. He is far more basic. If he is giving you mixed signals it’s because he’s unsure of how he feels. There are a million reasons why and I bet you’ve identified at least 900,000 of them. Maybe he has a girlfriend. Maybe he fears intimacy. Maybe he’s insecure or intimidated or shy. But does the “why” really matter? The bottom line is he’s not consistent and it’s bumming you out. You want more and he’s not delivering. You are not happy and that’s what matters here. Too many times we obsess over why we might not be good enough for a certain guy and forget to ask ourselves if he’s good enough for us.

In times like these, I find the first stanza of the Serenity Prayer to be helpful. Not because I am religious, but because I am a female who is dead tired of being upset that guys don’t behave the way I want them to.

In other words, nothing you do will change him. All you can do is change yourself.

So stop wasting energy on him. It will deplete your battery and leave you feeling dead inside. You need a dude who makes you feel appreciated. You’ll know you’ve found him when you no longer need to rationalize his confusing behavior. I’m not saying you are a light switch that can turn off your feelings. A crush is called a crush because the relationship can be crushing. So give the wound time to heal and then get back out there and find someone simple. Simple but not confusing.