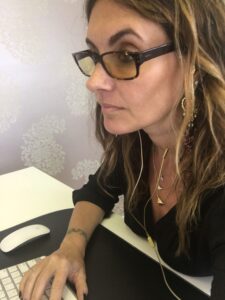 When I heard an author say that it took years to complete their latest book, I assumed they were lazy. I mean, I wrote thirty-one YA novels in ten years. During that time I also got a puppy, moved across country, had two kids, went for (and failed) my California Driver’s license, went for it again (cheated) and passed, leased cars, bought a house, decorated said house, and did all the other things adult humans do to thrive and stay out of prison.

Then, in 2011, I had an idea for a novel. An adult novel inspired by my own dirty book club and I would call it, of course, The Dirty Book Club. Thanks to my track record, an intriguing title, and some Cuervo-flavored confidence, I was able to sell it over the phone from a villa in Mexico. As for the characters, the plot, the setting, the tone, the point? They would come. They always did.

Cut to 2016. The novel was four years late, and I knew the answer to my question. It was hard. Brutally hard. Like, write-the-first-100-pages-ten-different-ways kind of hard.

I blamed the full moon, burn out, my troubled marriage, the fact that it was sunny every single day in Laguna Beach and perfect weather does not evoke drama. Then, I dug deeper and exhumed the following four reasons for my struggle with the transition from YA to Adult:

Fact: when we stretch ourselves we experience growing pains. We fail a lot before we succeed and we wonder why we ever bothered. We hear those damn voices. Then, when we’ve accomplished the seemingly impossibly, we know exactly why we bothered and we leap and stretch and grow again. Our willingness to endure this maddening process is why humans walk upright and have electricity and art and antibiotics and Amazon. It’s why we have stories to tell, and why all of them are about the journey, not the destination. And so I’ve learned to embrace the journey. Without it, no one would have anything to read about.